Approximately one week after my post Muay Thai In Limbo, I found out that Gai, my trainer was getting married within two weeks.  One of his oldest friends mentioned it to me and they had just found out that day.  If what I’ve been told is correct, Gai had recently found out.  Perhaps a few weeks prior, possibly a few months, no one I spoke to really knew.  This, from what I’ve been told by a number of people is normal.

Families and/or monks often deem that people are to marry and when, not the people dating.

In addition, the people who are getting married aren’t obligated to tell their friends.  Many don’t.

I’ve learned to stop asking a lot of questions in certain situations, for more often than not, the people I ask don’t understand my mindset.  They don’t comprehend why I’d even ask questions that would seem normal to a Westerner.  They hear the words but don’t understand the substance behind them.  I suspect I do the same.  For example, when I asked, “How long has Gai known he was getting married?’, I got a weird look and the answer was, “The monks decide if this person is a good person and that person is a good person, then they tell them the date.”  This is one of those occasions.

I ran into Gai a few days later and asked if he knew where he was going to live after the wedding, meaning cities, as his wife-to-be doesn’t live in this one.  He had no idea.

Muay thai will continue to take the backseat until he has time to help my move to a new gym.  I could approach the gyms alone, but I have a few things going against me:

3) I don’t know anyone at either of my two choices.

The three combined could result in me being either refused or exploited – I will need to negotiate my monthly fees.  Far too often, gyms objectify Farang as access to easy money, and far too often, Farang either unknowingly or knowingly oblige.

I’ve received offers from some who aren’t in the muay thai community to assist me.  I’ve politely declined. Why?  Because you never know who is going to try to take a cut.  For example, the person offering to negotiate on my behalf may strike a side deal with the gym.

A standard deal resembles the following:  My negotiator, the person working on my behalf will try to convince me to agree to a monthly rate higher than the gym would normally settle on.  In return, the gym will give the negotiator a monthly percentage of my dues.

Waiting until Gai has time isn’t ideal, but it’s the choice I’m going to make.  He knows what I’m capable of, he knows how hard I’ve worked and I’ve yet to see him be a shady opportunist. Outside the ring at least.  I’m still trying to forgive him for his let-me-teep-her-in-the-box-and-savagely-twist-my-toe stage.   How long will I have to wait?  No idea.  The wedding is today. 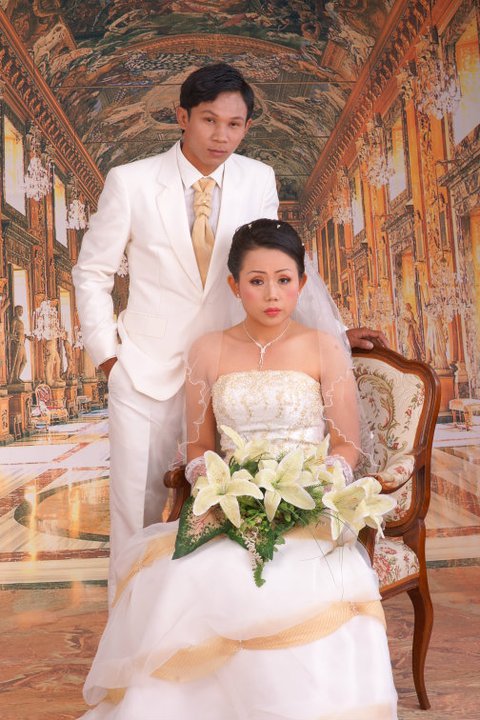 Read the next memoir, Western Mind, Eastern Mind And The Space In Between, here.

After a six month adventure training Muay Thai in Thailand in 2007, Laura Dal Farra returned to her native Canada, sold most of what she owned, and boarded a plane set for Bangkok alone. She spent the next 3.5 years training in traditional Muay Thai gyms, pushing her limits, and embracing the unknown. Realizing little was being written on the subject, she began to blog about it. Laura Dal Farra is the founder of Milk.Blitz.Street.Bomb.

How to Declutter and Make Money to Travel

Tips for Women Traveling to Thailand

Vegan? Vegetarian? Here’s How to Do It in Thailand

How to Avoid MSG in Thailand

Tips to Help You Book a Hotel, Guesthouse or Resort in Thailand

Things to Consider Before Training Muay Thai in Thailand

What Muay Thai Training Can You Really Handle?

Training in Thailand: Deciding How Long to Go

6 Ways to Make Money to Train Muay Thai in Thailand

19 Ways to Save Money to Train in Thailand

MBSB delivered straight to your inbox.